How do you approach the controversy of Waite's swapping the positions of Justice and Strength? 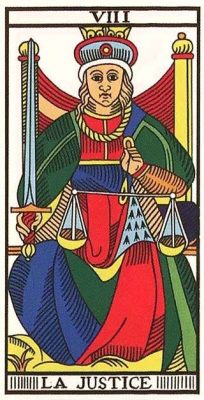 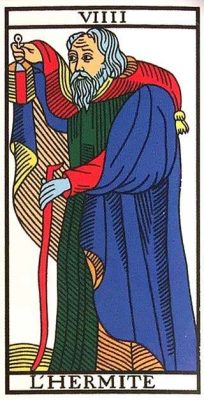 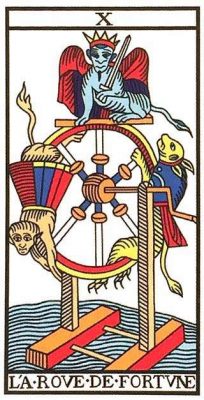 To me, it is not a controversy. For most Tarot reading purposes the positions of those two cards make no difference. But as far as the delineation of the spiritual path is concerned they do.

Karma is a spiritual law. It is the law of Cause and Effect and thus it must be addressed somewhere in the Major Arcana. It is right here in Justice.

With the Hermit’s light, attention and introspection, we begin to analyze life and begin questioning things.

The Hermit is looking at the arcanum Justice, to his right and questioning: has it been a fair game so far? If so, at a particularly ripe time in the soul’s journey, we move forward and skip to Strength. If not; if we committed a transgression that generated an emotional burden between two or more souls we then enter the Wheel of Fortune and come back to pay, as well as receive, by allowing others to pay us, and restore balance by doing justice. Notice that the wheel sits on a stream of water: emotion.

(There is also self-karma; when the self-inflicting pain of the Devil is so strong that we transgress against ourselves. Profound martyrdom or suicide are examples.)

We cannot escape the Wheel of Fortune until debt is paid. The Hermit and Justice with their natural-law-abiding wisdom make sure of that. So the Hermit is always illuminating the past and present to see if it has been fair or not. First karma is paid and only then can we say a particular cycle has ended and a new one begun spiritually. Justice must, by natural law, come before the Wheel of Fortune and before the Hermit, not after. We don’t go to jail and then are found guilty or innocent afterward. Justice on every level of duality, works the other way around.

We do stuff and we are judged for the stuff we do. If the stuff we do is nice we are rewarded. If not we are punished. If we do bad stuff and learn to make amends we become strong spiritually and move on from our bad ways. All this is depicted in the sequence from The Chariot to Strength. It is pure common sense and the symbolism is an accurate reflection of life. 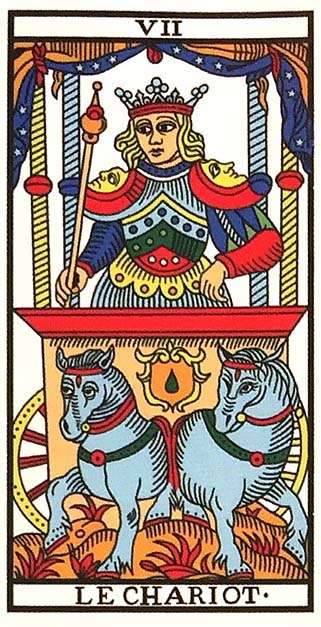 We have reached our goals, or not. 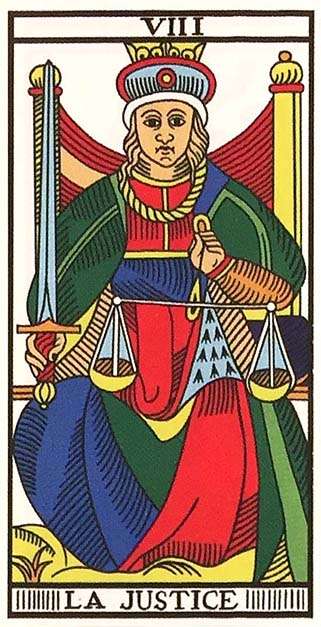 Our deeds from those goals are measured. 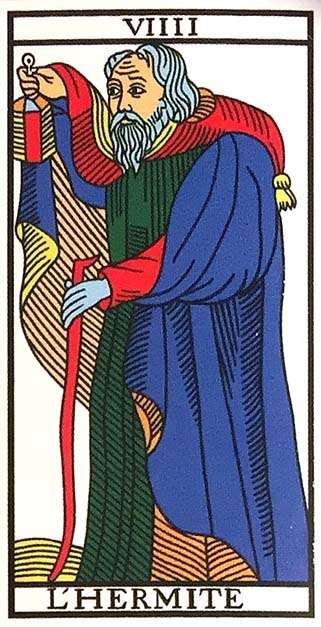 The quality of our deeds is consciously recorded  and added to our wisdom. 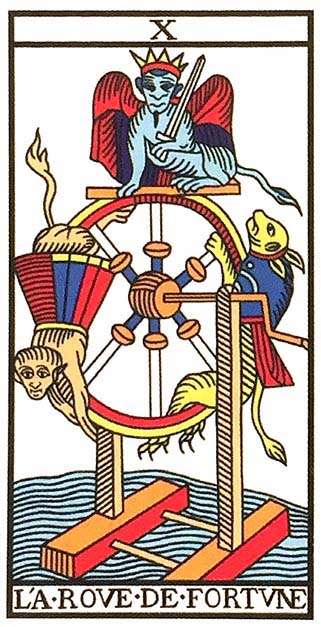 According to our assessment, we go back to redo what was not done or badly done, or move forward to a new cycle. 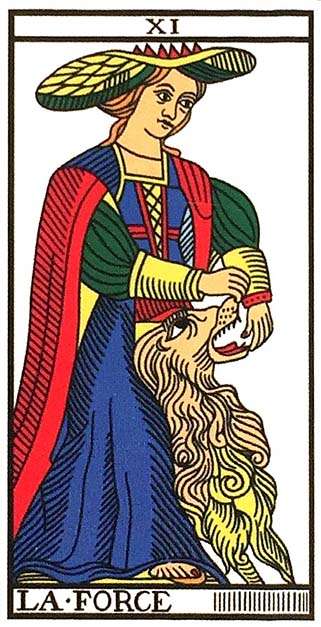 Spiritually, the new cycle is one of conscious spiritual work as now we have the strength and enough grace to do it.

We become strong and capable as a result of the activation of consciousness and conscience (the Hermit) so Strength comes after the Hermit, not before.

Waite’s interference with the traditional placement of the cards is incongruent with the flow in the spiritual path and the natural development of self-awareness.

The same problem of esotericists’ arbitrary modifications of ancient systems of thought occurred in Traditional Astrology – a number of distortions entered the system in the late 19th century and it became modern astrology which is limited and in many ways incongruent with reality.

These are archetypes we are talking about. They represent the building blocks of psychological development on the physical plane and their attending laws. Karma does not operate in one way for some people and in a different way for other people; they would not be archetypes in that case.

But karma or, cause and effect, does not relate only to transgressions that impinge on our and others’ free will, it also relates to accomplishment. The soul has a plan prior to incarnating. The measure of success is shown by the arcanum The Chariot.

Yet, the figure in the Chariot is young and still lacks wisdom. He is looking to his right, that is, at his past accomplishments. He is not yet looking at the consequences of his choices. But he must. And that will come next.

Have we done what we set out to do in this incarnation? If yes, then a new cycle may begin. If not, then we may repeat the plan. And that is why Justice is right after the Chariot.

The sphinx figure holding the sword atop the Wheel of Fortune is Justice. It touches the wheel and has the power to stop the wheel from turning which is congruent with the law in operation at that crucial spot on the path.

The result of paying karma successfully is a forward movement in spiritual learning and development, rather than cycling back to try again and “do it right”. This type of cycle can be seen within one lifetime when we realize we want to make amends to those we harmed or do something good to ourselves that we failed to do earlier in life, or it can apply to multiple lifetimes when the harm was so great that we were not able to make amends and thus must reincarnate in order to do so.